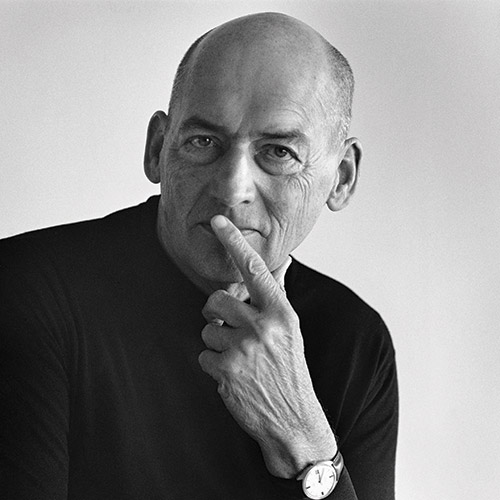 Founded in 1975 by Dutch architect Rem Koolhaas and partners, the Office for Metropolitan Architecture (OMA) has since become one of the world’s most revered architectural and urban design practices. In 2000, Koolhaas received the Pritzker Architecture Prize—the industry’s most prestigious award. In addition to designing some of the world’s most respected buildings, he is also the author of Delirious New York and S,M,L,XL, widely considered to be two of the most influential architecture books ever written. Along with partners Shohei Shigematsu, Ellen van Loon, Reinier de Graaf, Iyad Alsaka, and David Gianotten, Koolhaas has expanded OMA into a global powerhouse with offices in Rotterdam, New York, Beijing, Hong Kong, and Doha. 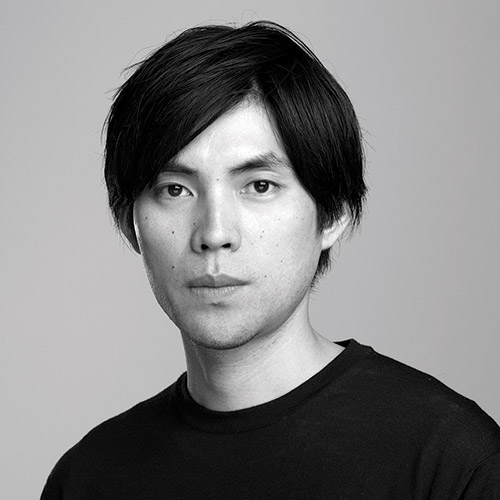 The New York practice is led by Shohei Shigematsu, who joined OMA in 1998 and became a partner in 2008. Shigematsu oversees all of OMA’s projects in North America, including the development at Park Grove. Under his leadership, OMA has completed Milstein Hall at Cornell University, the National Beaux Arts Museum in Quebec City, and the Faena Arts Center in Miami Beach. Shigematsu has also led numerous high-profile collaborations that blur the line between architecture and art: He created a seven-screen pavilion in Cannes with Kanye West, oversaw a studio renovation for artist Cai Guo Qiang, and designed the Marina Abramovic Institute for the Preservation of Performance Art. 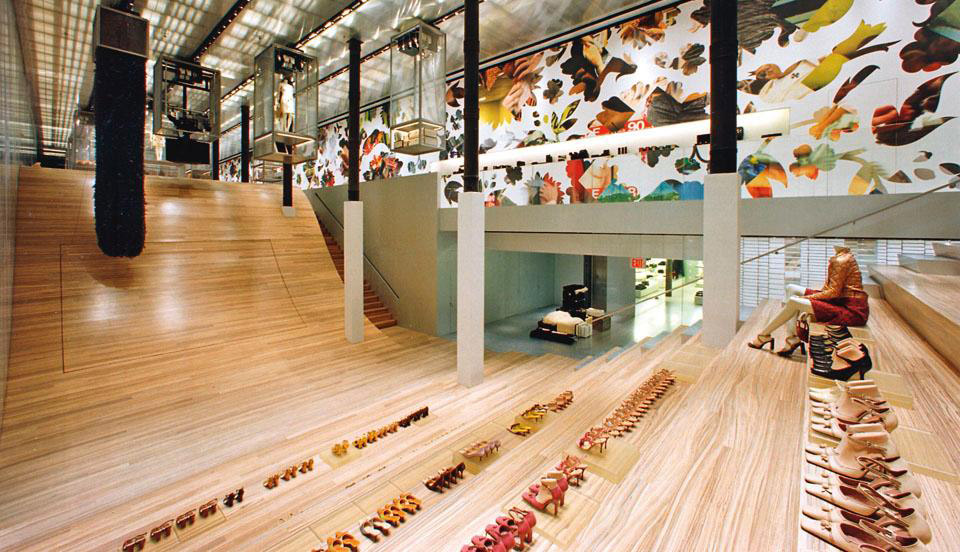 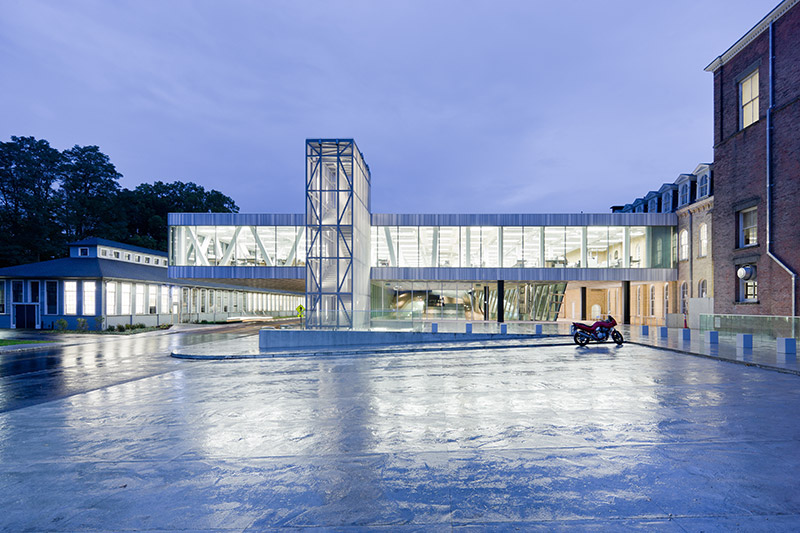 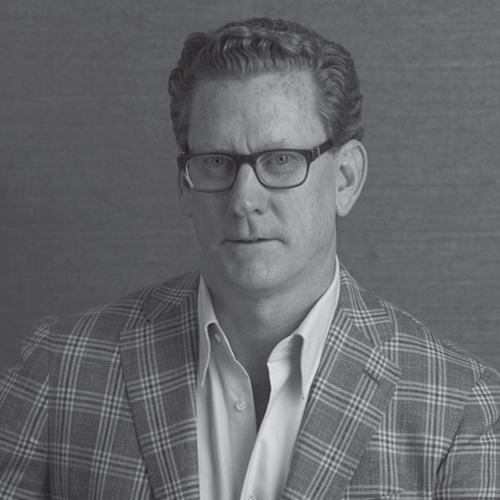 Meyer Davis Studio Inc. is a globally recognized New York City-based design boutique specializing in residential, hospitality, retail, and workplace environments. Founded in 1999 by Will Meyer and Gray Davis, the firm has established itself at the forefront of highend commercial and residential design practices, throughout the U.S. and abroad. 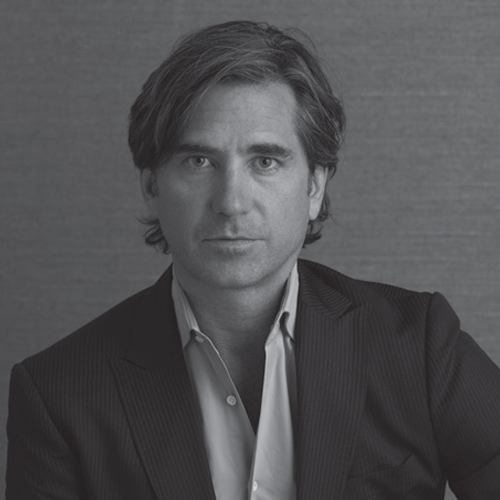 Meyer Davis designs seamless physical experiences tailored to their client’s individuality. The designers consider each new project an opportunity to bring a unique and powerful story to life. Playing with space, form, texture, and light, they develop a visual experience that seeks to uplift and inspire. Meyer Davis believes that great design works on multiple levels, weaving together bold design moves and striking details to ensure that when completed, each project makes an immediate and lasting impact. 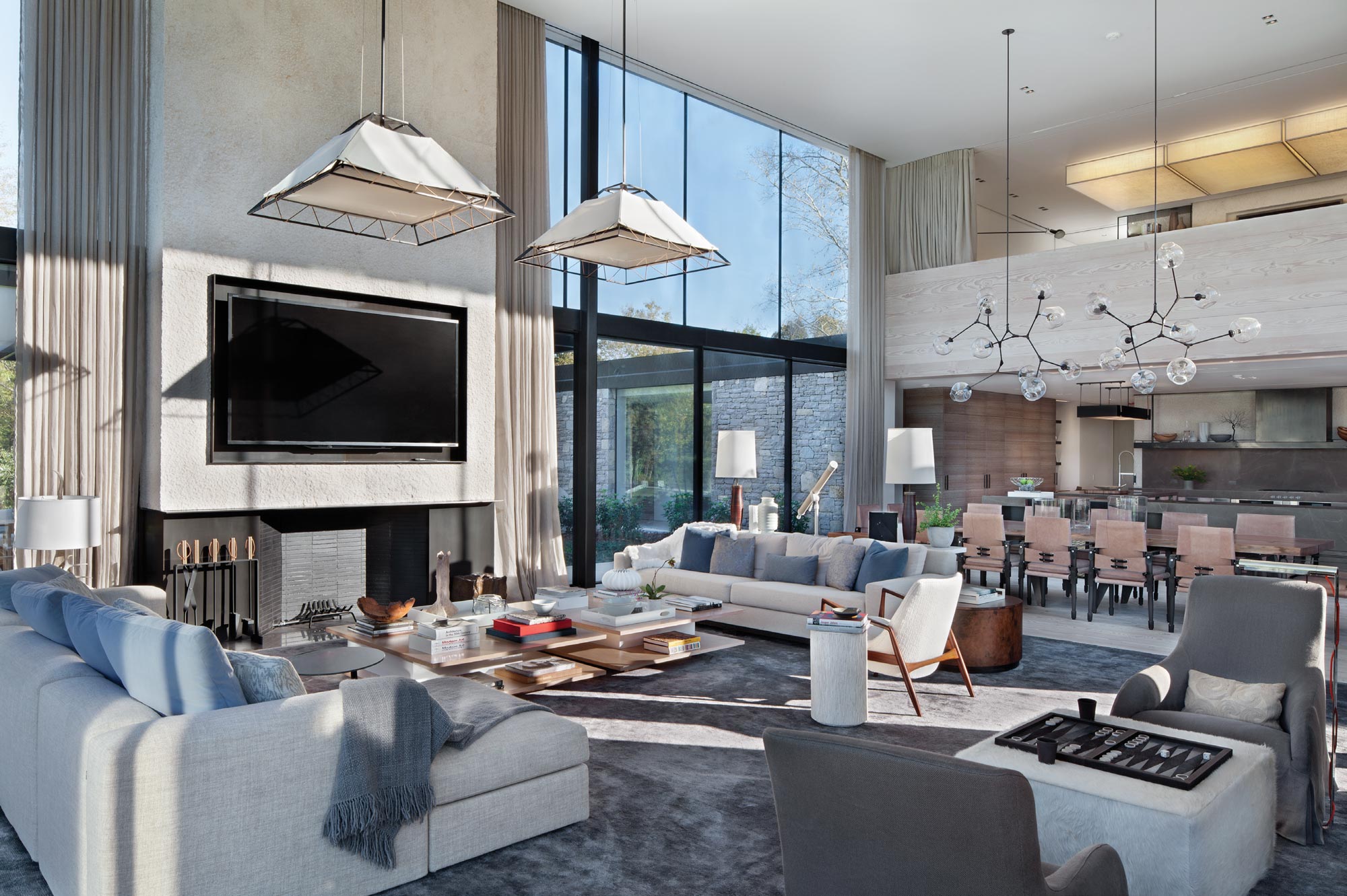 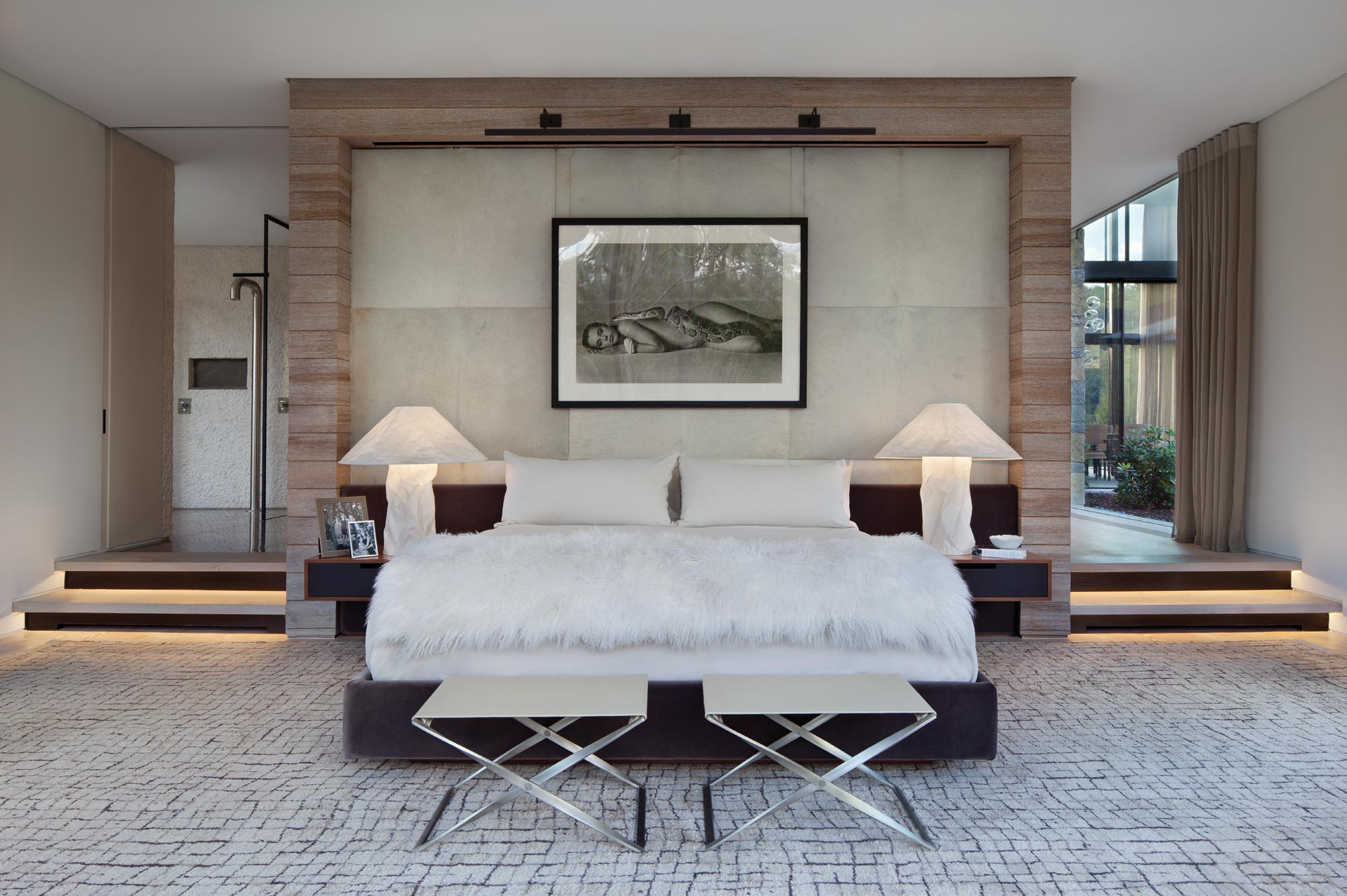 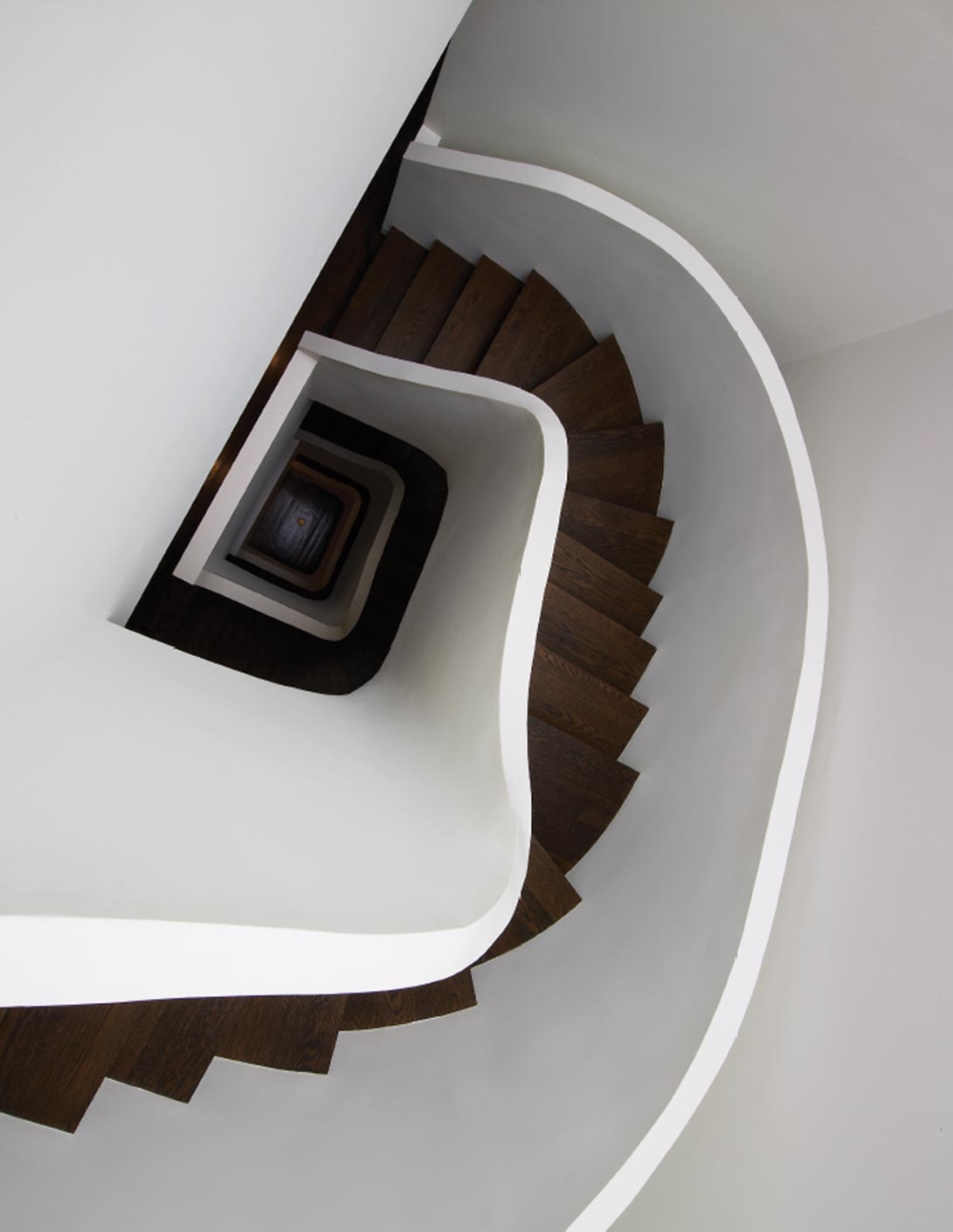 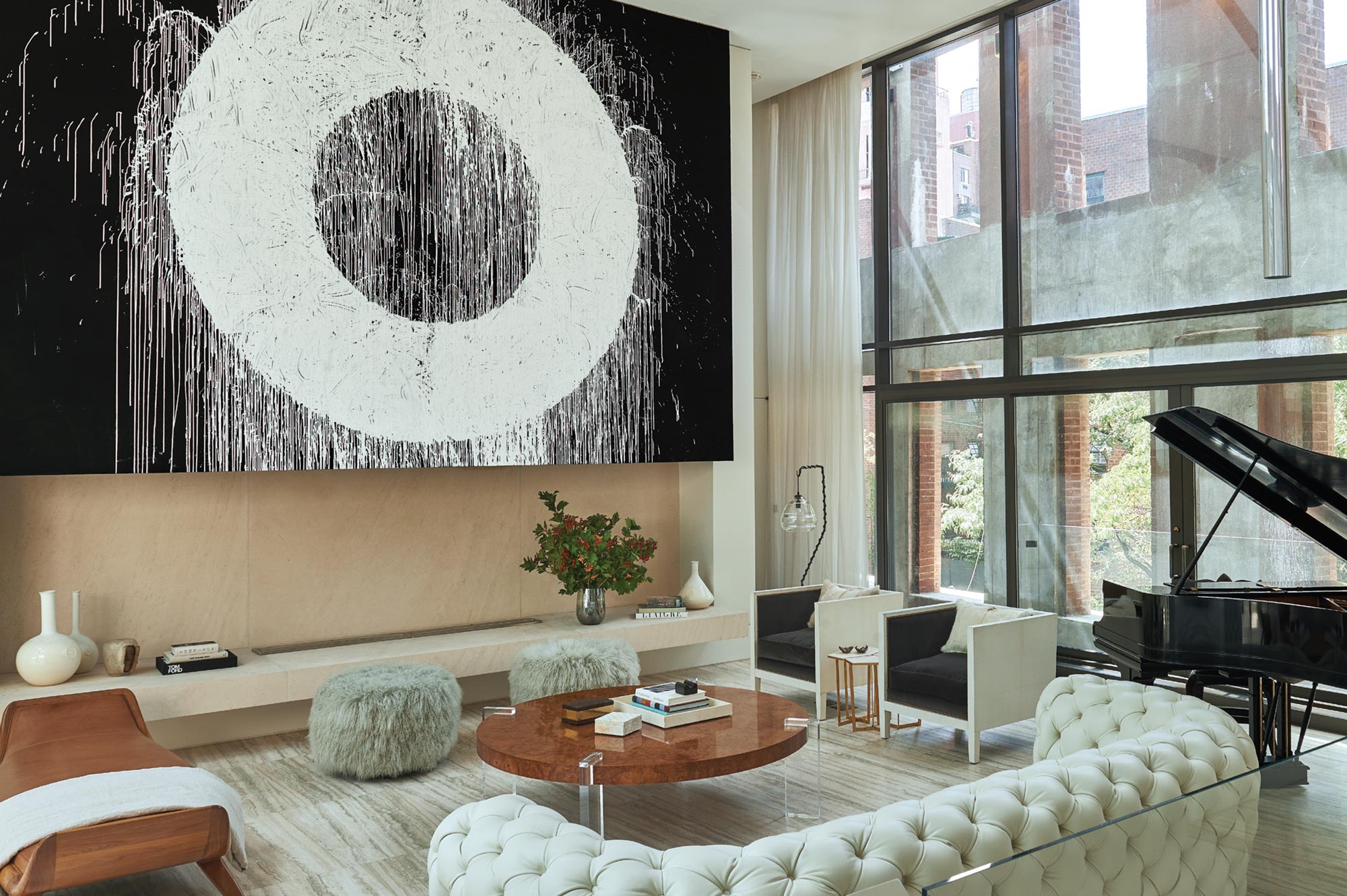 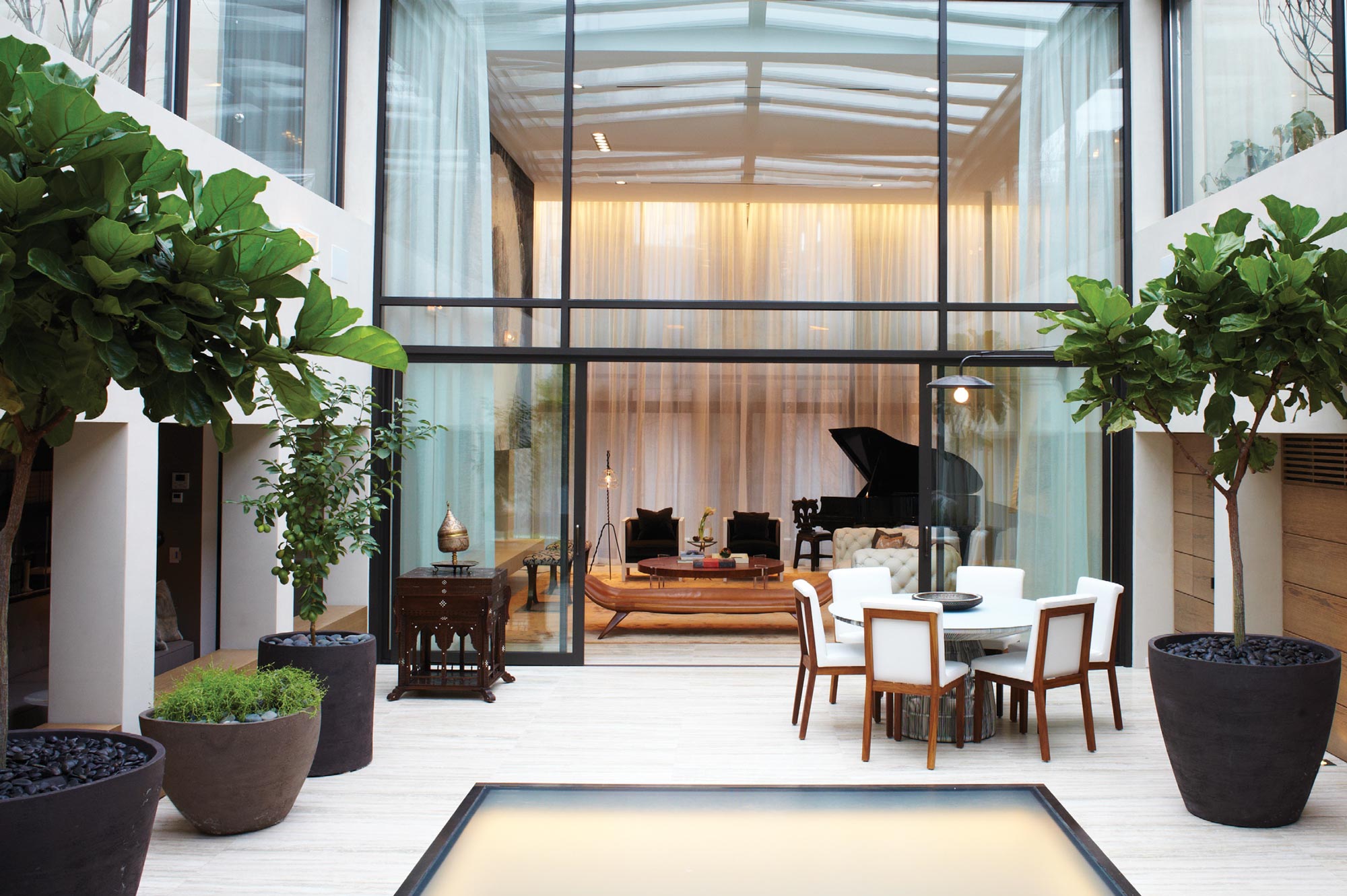 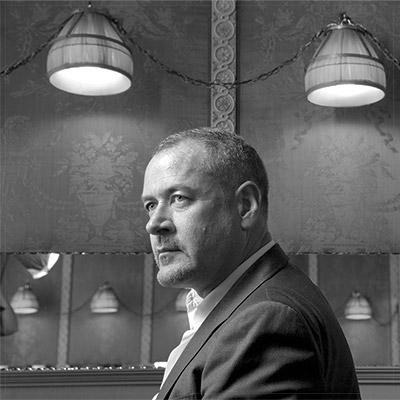 One of the most discerning design talents of his generation, interior designer William Sofield abides by the mantra: “Design must live as well as it looks.” In his work, he draws on historic precedent for inspiration but adheres to Modernist principles, always striking a careful balance between aesthetic impact and everyday comfort. Founded in 1996, Studio Sofield is an interdisciplinary firm whose 25 designers specialize in architecture, engineering, and industrial, interior, graphic, and landscape design.

Sofield has overseen numerous commercial and residential projects for clients ranging from Tom Ford and Harry Winston to the Soho Grand Hotel and David Barton Gyms. And his singular style has not gone unacknowledged: He received the prestigious Cooper Hewitt National Design Award for Interior Design in 2010. In regard to his work at Park Grove, he notes: “At Park Grove, luxury will be articulated through a delicate dialogue between elegant minimal design and crafted organic materials.” 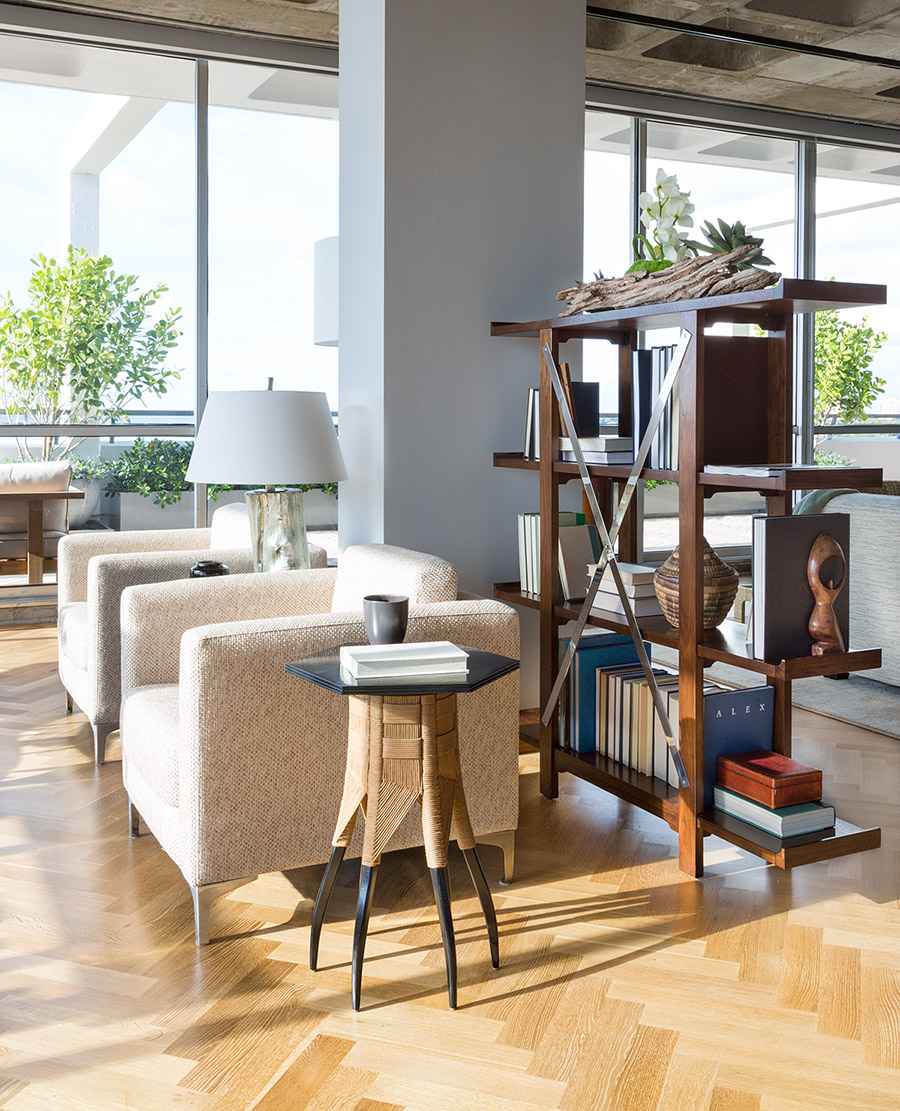 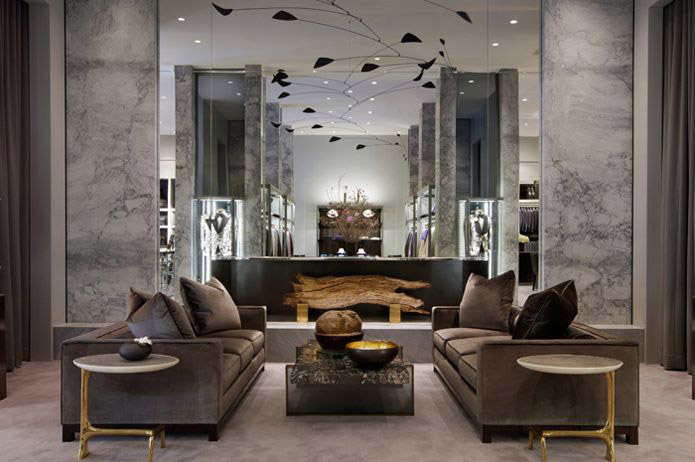 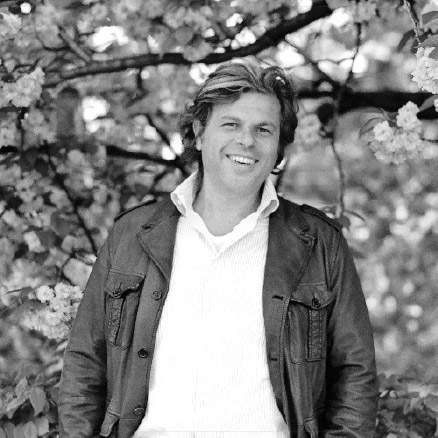 Acclaimed international landscape designer Enzo Enea is known for his rare ability to fuse the indoors with the outside world, creating livable outdoor spaces that blur the boundaries between a structure and its surrounding landscape. Enea has completed projects throughout the world, including Miami’s Simpson Park, 1848 Brickell Park, and landscaping for the University of Miami School of Law. His many accolades include numerous gold and silver awards at the Giardina show in Basel and Zurich, and a certificate of merit from the presti

gious Chelsea Flower Show in London. In 2010, Enea opened the celebrated Enea Tree Museum near Switzerland’s Lake Zurich, establishing himself as one of the world’s preeminent tree collectors. Here, as in all of Enea’s work, there is an abiding respect for sustainability and the relationship between the built environment and the natural world. Enea brings these same philosphies to Park Grove, noting “We have a great opportunity and responsibility to maintain the history of the site through the preservation of its landscapes.”

Images Left: Examples of Enzo Enea’s harmonious landscape creations
that invite you to extend your home to the lush gardens beyond 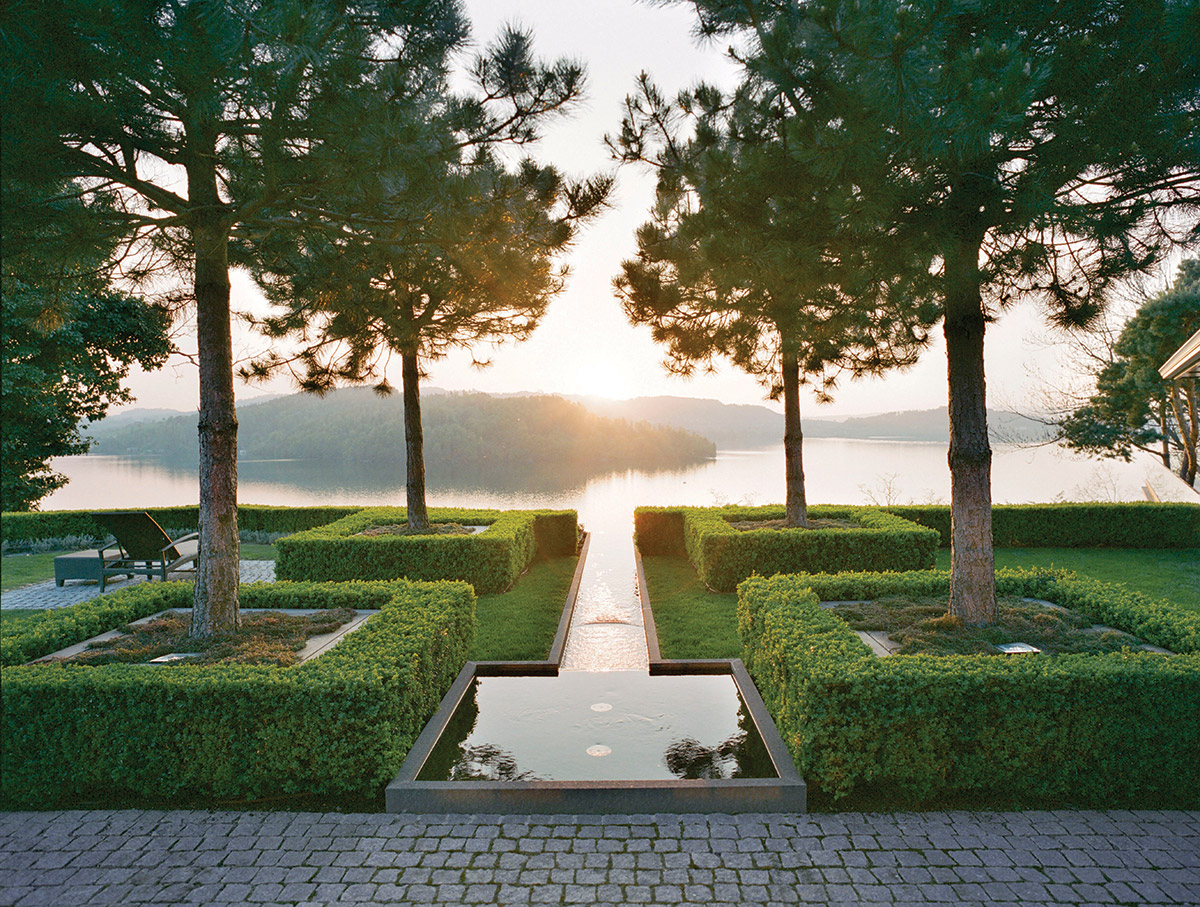 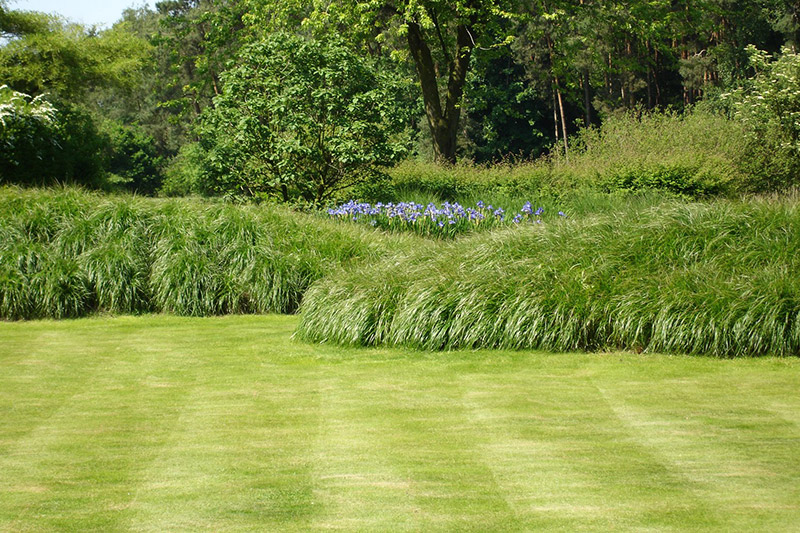 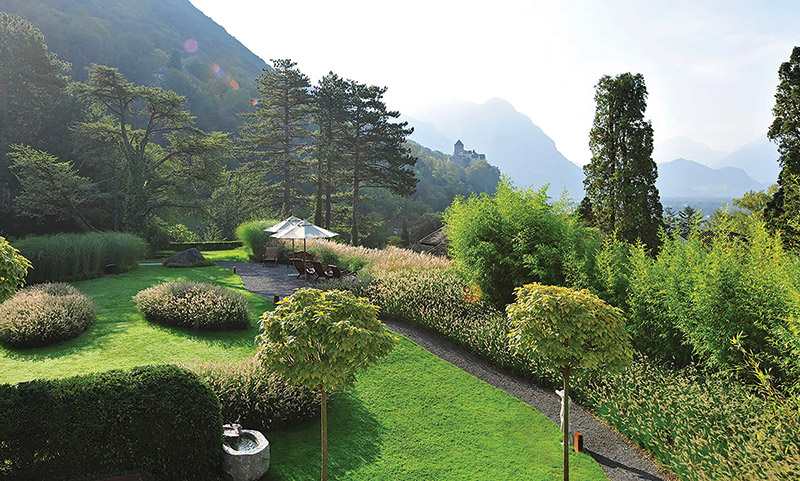 Terra Group is more than a real estate development firm—it’s a civic galvanizer that works tirelessly to reinvigorate communities, enhance the urban landscape, and promote culture throughout South Florida. Founded in 2001 and led by father-and-son team Pedro and David Martin, this Miami-based firm is known for its trendsetting high-end residential communities that are as innovative as they are impactful. Through its thoughtful development strategy, Terra has gained a reputation for revitalizing neighborhoods and raising the overall profile of the areas it develops. The firm’s unparalleled success in the region is largely due to the expertise and talent of its multi-faceted team, which includes architects, builders, designers, and strategists working together to bring Terra’s singular vision to life. Beyond exceptional development, this award-winning team also plays an active role in charitable, civic, arts, and cultural organizations— a testament to its deep commitment to enhancing and enriching the community from every angle.

Since its founding in 1979, The Related Group of Florida has been at the forefront of luxury condominium development, setting a new industry standard for excellence and innovation. Helmed by Chairman and CEO Jorge Pérez, one of the country’s leading entrepreneurs, Related has built and managed more than 80,000 condominium and apartment residences in major markets throughout Florida. It is known for its groundbreaking luxury properties, including Miami’s Portofino Tower, Icon South Beach, Murano Grande, and multiple collaborations with Donald Trump. The celebrated firm’s properties showcase impeccable craftsmanship, innovative design, and a commitment to creating spaces that will endure and appreciate with time. Often partnering with world-renowned architects, designers, and artists, Related continues to push boundaries and raise the bar for the entire real estate community. Its dozens of awards include the Honor Award from the National Building Museum— an acknowledgment of architecture and design excellence in new development.

Contact
This Condominium is being developed by the Developer, 2701 Bayshore Venture, LLC and 2701 Bayshore One Park Grove, LLC, each of which has a limited license to use the above names and/or likenesses. Any and all statements, disclosures and/or representations shall be deemed made by Developer and not by any of the parties or entities above, and Buyer agrees to look solely to Developer with respect to any and all matters relating to the marketing and/or development of the Condominium and/or with respect to the sales of units within the Condominium.